Some time ago I replaced my Mikrotik router with linux box which is working as a router for my home network and as a server for some services.
I had to spend some time to set up IPv6 on linux in such way, that everything was working automatically and without need to configuring anything in statically way. This post will be only about IPv6 part of router configurations.
I omit IPv4 part and configurations of network interfaces, because it is well documented in internet.

My router is running on linux openSUSE leap 42.2. The configurations are the same for other distros but file paths of config files may be different.

eth0 – wan interface of the router

eth1 – lan interface of the router
To make the router working, I had to:

After reboot I can see that my wan interface has public IPv6 address:

Enable it on system startup:

After reboot I can see that my lan interface (eth1) has assignment IPv6 address with prefix:

After reboot, devices in home network should be able to use internet by IPv6 🙂 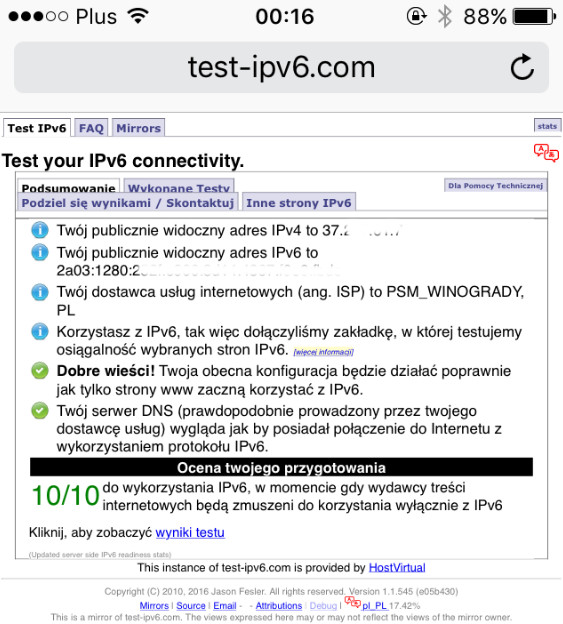 But now, devices in home network are avaible from outside. Each of device has own public IPv6 address which is awailable from outside (internet).
We have to secure it, by allowing only for connections which are initialized from our internal network. It can be done by ip6tables.

It’s all, described configuration works flawlessly for me for days 🙂

if my isp only dhcp6-pd a /64 address, can we using wide-dhcpv6 to assign /80 subnet to computers in lan? which will be no slaac only dhcpv6.
or if I assign the same /64 address in lan, how to do route between wan and lan?
thanks